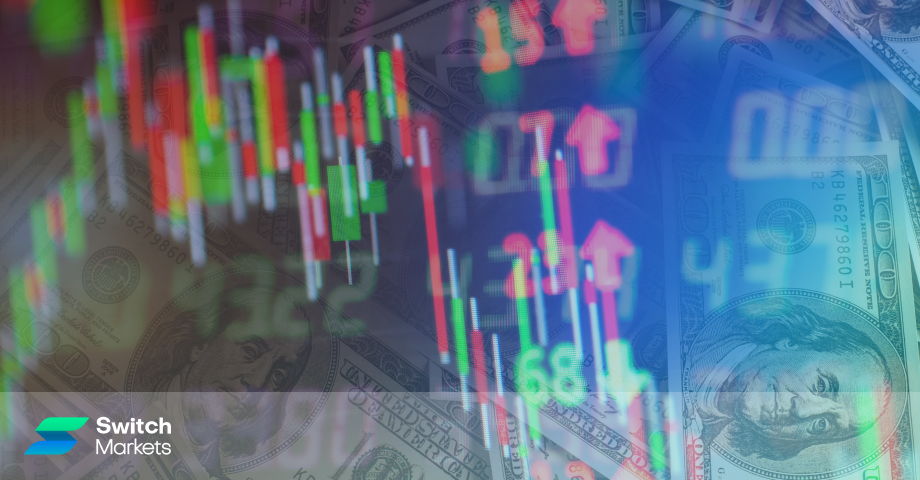 Before you make your first trade in the foreign exchange market or even if you are an experienced forex trader already, there’s one concept you must be aware of – carry trade. This is one of the most popular trading strategies in the currency market and one of the key factors that have an impact on the direction of FX currency pairs. At its most basic, a currency carry trade transaction is a speculative trading strategy in the forex market that involves borrowing a low interest-rate currency and buying a higher interest-rate currency.

But, how do you, as an individual trader, can use currency carry trade in your forex trading? And why is it so important these days when we are facing a near-zero interest rate policy by central banks around the world?

First, What is a Carry Trade Strategy?

So, here’s the thing – money can move from one institution to another and from one country to another. Think about it, assuming there are two “financially safe countries” and there’s a gap of 1% in the interest rate that investors and individuals can receive in each one of the countries – where will the money go?

That is, in simple explanation, a carry trade. Let me give you an example – A few years ago, the USD/JPY was trading at around 80, when the Japanese central bank kept rates very low due to Japan’s ongoing recession (and without any forecast of rate hikes). At the same time, the FED was maintaining a near-zero interest rate environment but with high anticipation of rate hikes in the near future. Further, the Japanese government had a strong motive to weaken the rate of its currency in order to increase the value of exports and thus, raise its GDP. Meanwhile, the US central bank was indifferent in a way to the USD/JPY rate.

And, so on, that was my position between 2011/12 until 2016 – buying the US dollar (the funding currency) versus the Japanese Yen and holding it until it reaches above 100. Eventually, it reached 126 before the pair crashed to 115 due to a mini-crisis in China (once again, if there’s a crash in China, money moves from China to Japan, and then has an impact on the USD/JPY rate).

Nonetheless, it was, in my opinion, a good trade. It is based on the fundamental principles of carry trade and macroeconomic factors. For that reason, it is always crucial to follow the inflationary rate at each country and the anticipation for rate hikes by central banks – this is the number one driving factor for an increase or decrease of an FX currency pair.

The History of Carry Trade

Carry trades are clearly not a new phenomenon. In fact, it is more than likely that carry trades were done in other forms throughout history, either with the use of currencies or commodities. After all, the use of interest rates in financial transactions can be traced back to 2400 BC.

But the first modern use of carry trades was introduced when the financial markets opened up in the early 80s. Due to the low-interest rates in Japan, for example, many investors then exchanged the Yen for the US dollar, making it the first real speculative carry trade in history.

Additionally, in the two following decades – due to high inflation rates and financial instability, many big institutions and large investors started investing in safe-haven assets like Gold, Silver, Copper, etc. This has nothing to do with carry trade and is simply a result of the uncertainty that revolved around the global economy. Unlike fiat currencies, the value of a safe haven asset is not impacted by the rate of interest rate nor by decisions made by central banks.

During the first decade of the century (taking aside the dot.com bubble), carry trades were back in fashion as investors, once again, renewed their interest in low-risk positions by borrowing low-yielding currencies such as the Japanese yen and buying high-yield currencies such as the US dollar, Euro, and the British Pound. That was, obviously, a result of the high economic growth in the US and other leading countries from the mid-90s’ up until the financial crisis in 2008.

Then, from the time of the crisis in 2008 until recently, the use of carry trades among large financial institutions and retail investors has significantly decreased. This can partly be attributed to the near-zero interest rates applied by central banks, which makes currencies around the world less attractive and stocks (and… cryptocurrencies) as the main drivers of return.

The End of Zero Interest Rates Policy is Around the Corner – Is It Also the Return of Carry Trade?

The free market economy has several severe disadvantages including a repetitive crisis every 7-8 years. This was, more or less, the case for the last century. However, since the 2008 financial crisis, the global economy has not been shaken by any major recession. Then, the major surprise for many economists and financial analysts was the strength of the economy during the Covid-19 pandemic, which raised many questions about the new way central banks are dealing with crises – that is – low-interest rates, and… printing money.

While some people criticize this policy, claiming it will create a big bubble at some point in time, it is difficult to argue with the success central banks and governments have achieved to avoid another serious crisis.

Regardless, many analysts including myself will agree that the end of a zero interest rate policy of central banks around the globe is expected to happen in the near future. If this indeed happens, it will indicate the return of carry trade as one of the key factors driving the direction of FX currency pairs. As such, money will flow into a country that has high growth and inflation rate, low unemployment rate, and expectations for rate hikes in the upcoming years.

How to Use Carry Trade in Forex Trading?

For the average Joe trader, there are few ways to take advantage of the carry trade strategy. First, many brokerage firms enable investors to receive the interest difference when you buy a currency with a high-interest rate and sell a currency with a lower rate. In forex trading, this is also known as a positive swap. For example, you can check swap rates of FX currency pairs and commodities to evaluate the annual rate you are expected to make if investing in a certain financial instrument.

Simply put, you receive the interest from your brokerage firm on the currency you hold with the higher interest rate (this includes short positions). That said, you always need to be aware of the fact that most forex brokers do not pay interest rate spreads if it is in negative territory (much like the JPY and CHF).

So, assuming that interest rate differentials between two currencies stand at around 2%, this means investors will be able to make an annual return of 2% by holding a position for one year. A good strategy would be to set the stop loss at the price where you meet the interest rate difference (for the example above, 2%) and take a long-term position buying the high yielding currency and selling the low yielding currency. In other words, you essentially will be trading interest rate differentials. And for that purpose, you need to be aware of the rates of each major, minor and exotic currency at any given moment.

The second approach is to follow the inflationary rates of each country and the anticipation of rate hikes, which is a result of the economic activity of countries. Hence, you need to constantly follow economic events and data published on a reliable economic calendar, and be alert to any major central banks meetings that may indicate the possibility of a future rate hike. Further, it is a good idea to follow government bonds prices to predict future rate decisions and currency values of currency exchange rates.

According to this data, an investor can make an investment decision in the forex exchange currency market. For example, right now, some of the most popular carry trades currencies to sell right now include the Japanese Yen and the British Pound due to the below and near-zero interest rates and the low expectations for rate hikes. On the other hand, good currencies to buy in a carry trade include the US dollar, Australian dollar, and the New Zealand dollar. Thus, an investor will buy the USD/JPY, AUD/JPY, NZD/GBP, etc.

As we mentioned, one thing to watch closely if you are planning to combine carry trades in your trading account is the expectations for rate hikes by central banks in the near future. For that matter, a great tool to use is the CME FedWatch tool that helps investors to evaluate the latest probability of the Federal Reserve rate hikes, and whether you see a path to raising interest rates.

The Risk in Carry Trades

Though carry trade is considered a low-risk investment strategy,  there are factors to keep in mind when using it. Much like many other trading strategies, in carry trades, the lower the risk, the less you should receive. This means that the currency pairs with the highest interest rate differentials also tend to be the most volatile, and the trade risks are therefore, higher.

For example, the interest rate differential between the USD and the Turkish Lira has been attractive for many years and still remains one of the widest in the Forex market at the time of writing (the annual rate in Turkey stands at 18%). Sure, this might be attempting to buy the Turkish Lira currency and sell the US dollar, however, it is certainly a risky long position to take.

Therefore, like any other investment you plan to make in the currency markets, it is crucial to use proper risk management tools including a risk-reward ratio, trailing stop loss, and limit orders.

To sum up, there are many benefits of using the carry trading strategy. It is a great method to get passive income in the FX market and identify long-term trends. In the long run, if the exchange rate of the asset currency pair you invest in stays the same or moves in your direction, you make a profit. In addition, when using this strategy correctly, the steady fixed income you are expected to get from a positive carry trade provides a cushion for your trading activity.

Take note, however, that the carry trade strategy is far more suitable for long-term positions as well as for swing traders. For day traders, there’s no real use of carry trade. Nevertheless, many forex traders, and especially carry traders confirm that carry trades work well over the long term, particularly when central banks increase interest rates or have plans to increase them. Because this is the case in the markets right now, you should pay close attention to interest rate differentials and combine the carry trade trading strategy along with others. 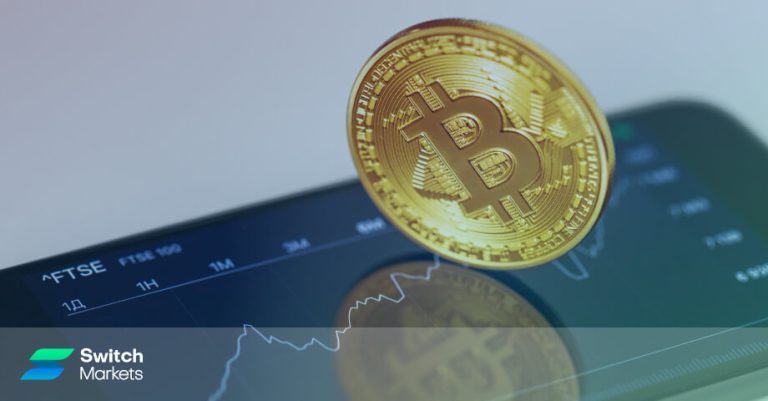