Exotic forex exchange currency pairs are often considered to be the most volatile and unpredictable currencies in the market. These pairs are usually currencies that are not covered a lot in the news and are not part of the list of the popular major or minor FX currency pairs. As a result, they are far riskier than the ‘stable’ currency pairs most people trade on.

At the same time, in some cases, these currency pairs are also the most exciting and… exotic??? So, let’s take a closer look at some of the exotic forex pairs to follow in the next year and beyond.

There are hundreds of FX currency pairs in the world that are classified into three categories – majors, minors, and exotic pairs. A major currency pair is any pair that includes the US dollar as the base or quote currency and one of the following currencies as the second currency – the Euro, Japanese Yen, British Pound, Swiss Franc, Canadian Dollar, Australian Dollar, and New Zealand Dollar. . These major currency pairs include the EUR/USD, GBP/USD, USD/JPY, USD/CHF, AUD/USD, NZD/USD, and USD/CAD.

So, what’s the catch of trading exotic currency pairs? Two things. The first is the widespread when you buy or short sell the pair. Much like any other commodity in our financial system – if there’s low liquidity, the spread is wider. Ultimately, it becomes much more difficult to get in and out of positions, and therefore, these currency pairs are best suited for long-term investors.

Secondly, unlike major and minor pairs, exotic currency pairs are not widely covered by the media. Also, getting relevant economic data for a certain exotic currency could be a challenge in some cases. You might have to visit local websites and the official website of the central bank to get reliable and accurate data.

Despite the challenges you might encounter when trading exotic currency pairs, there are still lots of opportunities to be found in this niche market. As mentioned above, there are hundreds of exotic currency pairs in the forex market, which could be great assets for trading if you are able to find the right forex brokerage firm. SwitchMarkets, for example, offers a range of over 60 currency pairs, including some of the most liquid and popular exotic pairs.

So, with that in mind, below we have selected 5 of the most exotic currencies we think you should follow in the upcoming year and beyond.

Norway is one of the largest oil and gas producers and exporters in the world while Japan is the fourth largest importer of petroleum products. Hence, it is not surprising that the NOK/JPY is a very important currency pair and very popular among forex traders.

The Norwegian krone is mostly impacted by oil prices (and interest rates differentials), so when oil prices rise the NOK follows and vice versa. The Japanese Yen is considered a low-yielding currency used by traders for carry trades. Consequently, in normal market conditions when everything goes well, the NOK/JPY pair is expected to rise while in times of uncertainty and economic recession, the JPY will be strengthened versus the Norwegian Krone.

The United Kingdom and Sweden are known as trade partners. According to the Department of International Trade, Sweden was the UK’s 16th largest trading partner in 2021 accounting for 1.6% of total UK trade. This clearly makes GBP/SEK  an interesting exotic currency pair to follow.

In general, Sweden is mostly an export-oriented economy, and like many other exporting countries, Sweden is facing the conflict of devaluing its currency in order to decrease trade deficits and boost the value of exports versus maintaining a stable currency. In recent years, due to the decrease in value of the Swedish Krona, some analysts believe that Sweden is actually facing a currency crisis.

Additionally, Sweden is famous for holding interest rates very low since the financial crisis in 2008. At the time of writing, the Swedish central bank keeps interest rates at 0%, slightly below the annual rates in the UK.

Still, the pair has been trading at a fairly narrow range for several years and is considered stable due to the strength of both economies and the necessity for a non-volatile exchange rate between the two.

There’s no doubt that the EUR/MXN is one of the most important currency pairs in the world, representing the trade relationships between the second-largest economy and reserve currency in the world, to the most liquid currency among emerging countries and the most traded currency in Latin America.

What affects the EUR/MXN? Basically, the pair is a combination of EUR/USD and USD/MXN, two of the most actively traded currency pairs in the markets. The Mexican Peso is considered a very liquid currency, and more importantly, a commodity currency. This is because Mexico is one of the largest oil producers in the world and in the Americas (after the US, Canada, and Brazil). So, MXN has a high correlation with energy prices. Other factors that impact the value of the Mexican Peso include interest rate differentials (the current interest rate in Mexico stands at 4.75%), and any development of global trade conflicts and political issues with the United States.

Since 1983, the Hong Kong Dollar has been pegged to the US dollar and since 2005, investors have been allowed to trade the USD/HKD between a range of 7.75 to 7.85. Also, in recent years, there have been many attempts to unpegged the HKD from the US dollar, especially from the Trump administration. This means that the HKD/JPY is mostly affected by the movements of the Japanese Yen.

Generally, Hong Kong is such a vital gateway in terms of global connecting China with the rest of the world, which makes the Hong Kong Dollar one of the most interesting exotic currencies to follow, largely due to the ongoing trade war between the US and China.

5. US Dollar vs the Israeli Shekel (USD/ILS)

Strange fact – the Israeli Shekel is one of the strongest (if not the strongest) currencies in the world over the last 2-3 years. The reasons – first, many tech start-ups sell their operation and bring in US dollars into the local market. Secondly, the interest rate differentials between the ILS and the USD that works in favor of the Israeli Shekel.

Presently, there’s no reason in the near term for the US dollar to significantly increase its value against the Israeli Shekel. However, in case the markets are heading for another stock market crash, the pair is very likely to rise again to previous rates at around 3.5-3.8.

Other Exotic FX Currency Pairs to Keep an Eye On

With so many exotic FX currency pairs, it’s obviously not easy to track all of them. Also, you need to take into account the availability of the currency and the spread available on various forex brokers. For example, it is not very likely to find a forex broker that offers the Iraqi Dinar versus the Brazilian Real. Even if you do find it, the spread will be very wide.

So, you need to find currency pairs that you actually can trade at retail forex brokers. Apart from the pairs above, other most popular exotic pairs that you might want to follow include: EUR/TRY, AUD/MXN, GBP/ZAR, GBP/SGD, USD/HKD, and USD/THB.

The bottom line is that there are pros and cons to trading exotic currency pairs. For a day trader, it’s a challenge to trade exotic pairs. But for long-term investors, it could be worthwhile to keep an eye on these pairs as there are lots of opportunities that are not available when trading major or minor pairs. 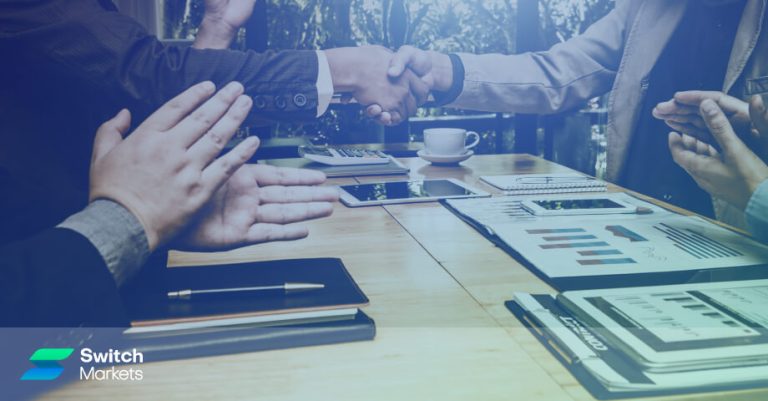